Debian buster and wake on lan 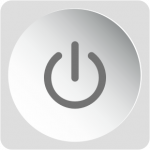 For quite some time, I used to have a low-end motherboard that didn’t support Wake on LAN. So when I left for work or holiday, I would usually leave my home PC on, because sometimes I just needed to access it. Now, with a second-hand, but still significantly newer motherboard I got from my brother, I could finally set up WOL and wake the PC up remotely from a Raspberry that is also running at my place – but Raspberry doesn’t consume so much electricity. As it’s often the case, Debian documentation works for the current stable, while I have buster/testing on my PC at the moment and I had to search for how to to that for a bit. Luckily, I was able to find information elsewhere.

Having enabled the feature in BIOS (it was called “Power On by PME” instead WOL), I had to enable it on the operating system level as well. To make the change permanent, I added this file:

Then, from my rpi, I could just

My name is Vratislav Hutsky. I work as Associate Manager at Red Hat. Before that, I was a freelance server admin and developer.